It seems it has been a wildly successful Nano Poblano (or NaBloPoMo) 2014 for many of my blog friends, and I am happy about that.  I had joined up but only ended up cranking out a handful of posts due to complications, mostly with brain fog and inability to concentrate, some writer’s block.  November was not my month, but 2014 has somewhat been crap for me all together.  It makes me sad that I didn’t participate more, but I apparently didn’t have it in me.  Still am feeling pretty rough, really, but I was tagged in a blog hop a few (possibly several?) days ago by a good friend, and I wanted to put that to bed before Nano Poblano ended.

Sheena from Not A Punk Rocker tagged me in the Holiday Blog Hop, wherein the tagee answers questions about the tagger’s favorite holiday of the moment.  For anyone who reads NAPR even semi-regularly, it should come as no surprise that I will be answering questions about none other than:

I am pretty sure my favorite Batman movie was the one I saw today with Hugh Grant.  Since I don’t know much about Batman, I decided to do a little research on Netflix and was very excited that there was a Batman Christmas/Romance featuring all Brits.  Very exciting!  There were many comic book characters in the movie, but they were all in their human roles.  Apparently no one is wiser than me, picking up on this.  I’ll point out a few of my favorites below: 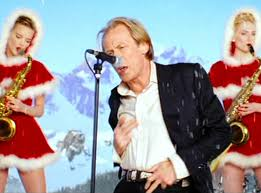 This aging crooner is obviously Flash, you know, the guy with the lightning bolt? Same hair, same complexion. 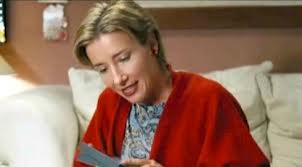 Martha Stewart obvs….I mean, everyone KNOWS she started from a comic book, right?

My apologies to all Batman-fans out there.  You’re right…I watched “Love Actually” (my almost favorite Christmas movie) instead of watching Batman, Green Lantern, and trying to figure out who the Wayne family consists of.  I’ve done about all I can do to make a little spoof… it is silly that I know so very little about a topic that is so easily accessible.

Any tips on learning more about these masked men will be taken into consideration, i.e. movie recommendations welcome.  🙂