Project Reverb prompt for Day Eight is as follows:

When I first saw this prompt in my inbox, I kind of thought, “Well, hmmm…I didn’t really GO anywhere in 2013.  What will I post about?”  Still in that mindset, I thought about skipping this prompt altogether.  I just couldn’t think of any extraordinary adventures I have been on this year.

Then I started thinking.  In 2013, I started driving on the Interstate again.  After years of not doing so, out of fear and anxiety.  It cuts the travel time to my therapy and pdoc appointments in half and it saves a good amount in gas.  I don’t really remember when I made it a goal to start driving that route again, but I do remember feeling relieved after I made it through, home, there, and back the first time.  I also remember feeling excited, because now I could drive up to see my sister without needing DSB to drive me.

Now that I wasn’t focusing on an adventure as “going somewhere,” more thoughts began to flood in:

All ordinary things, but extraordinary for this girl. 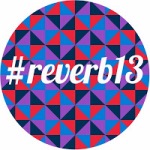 Today’s prompt from Reverb13, Day Seven is as follows:

Please post your favourite picture of yourself from 2013, self-portrait or otherwise!

And to Reverb13 and the dear Kat McNally, I have to just say “no, thanks” to this one.  I’d like to think I keep this blog fairly anonymous, and also, I don’t play well with cameras, in many ways.  So, no “selfie” of me, but I’ve already received Day Eight’s prompt, and will be participating tomorrow.  My regrets.  (But you really should go check out the links of people who did participate, because there are some good ones!)

But because I am liking this Reverb thing so much, I found another pr0ject by way of a new blog I am following, Jill at “A Thousand Shades of Gray.”  Apparently there is more than one Reverb host, so I was very pleased when I saw a different prompt at Project Reverb.  I’ve signed up, but haven’t received an email yet and can’t find a button, but I have seen what today’s prompt is on Jill’s website (and later on Project Reverb’s), so I’m just gonna go with it and file paperwork later.

Victory Laps: What was your biggest accomplishment of 2013?

I like the idea of doing a victory lap.  It’s fairly cold out right now, but perhaps if I were wearing different shoes or hadn’t just eaten a huge bowl of chili, I might make a lap around the neighborhood.  I had many accomplishments in 2013, but the one I am most proud of is somewhat vague.

My biggest accomplishment of 2013 is to have lived a whole year with the least bipolar disorder symptoms I have had in decades.  Decades, people.  I am not sure if that sentence makes sense, but life doesn’t always make sense.  I wrote what exactly what was in my brain when I wondered what my biggest accomplishment was, and this was it.

Some people might say it’s not an accomplishment because it can’t be measured.  I would argue that it can.  I have cried significantly less tears, had hundreds fewer breakdowns, gone on zero manic spending/sex/self-destructive sprees.  I am taking care of my house and it is a home.  I am a better girlfriend and partner in crime.  Now I can support DSB when he is going through a rough time, instead of the focus all being on me.

I am more in tune with myself.  I know when I need to take a “people break” and I do it.  I go to bed at the same time each night and get up at the same time in the morning.  I take my meds like I’m supposed to.  I play with my dogs, clean the kitchen, and go to the grocery store.  I organize the laundry room and put clean sheets on my bed and visit with family and friends.

These don’t sound like big things, I know.  They sound like everyday, normal things.  And they are.  But to me, they are huge, because a year ago, two, three, seven, ten, fifteen, and so on years ago, I couldn’t claim any of the above, at least not for any length of time.  And now it has been a year.  I year that I have kept my head screwed on, asked for help when I needed it, and have generally felt successful at life, if there is such a feeling.  I have even gutsed up the motivation to quit smoking.  I will be two weeks quit on Monday at 8:50 a.m.

I think I’m about ready for that victory lap.